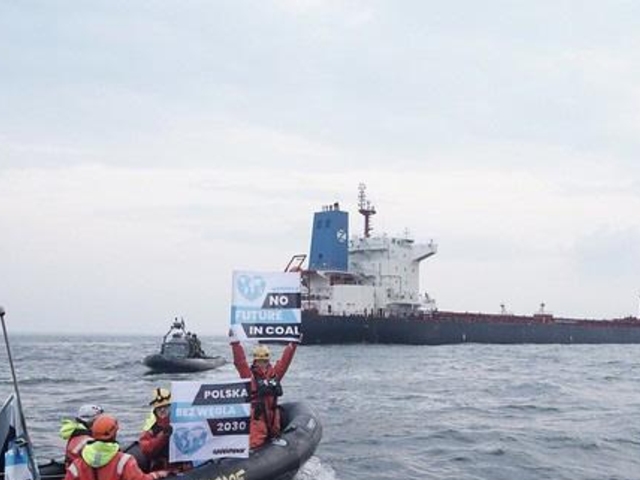 (ANSA-AP) - WARSAW, 10 SEP - Environmental group Greenpeace says several of its activists were detained by armed and masked Polish border guards who forced their way onto the group's ship as it was trying to block a delivery of coal to the port in Gdansk. Greenpeace said Tuesday they were holding a "climate emergency protest" to make Poland phase out its dependence on coal. The activists on board the vessel Rainbow Warrior were trying to block a shipment of coal from Mozambique and had painted "Poland Beyond Coal 2030" and "No Future in Coal' on the ship's side. Polish border authorities said eighteen activists were brought for interrogation after guards forced their way onto the Rainbow Warrior on Monday night. (ANSA-AP).