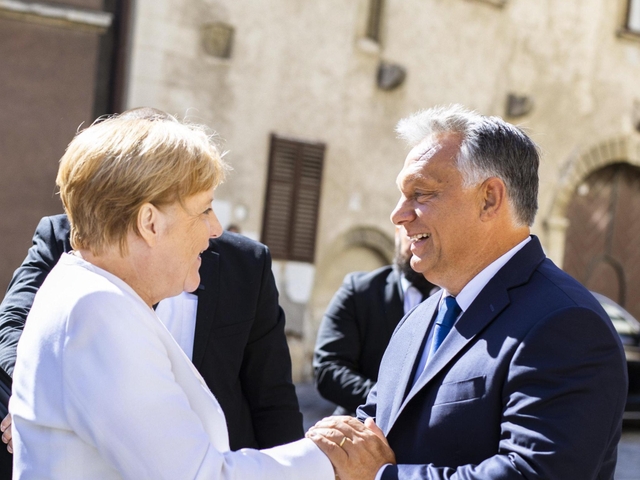 (ANSA-AP) - BERLIN, 19 AUG - Hungarian Prime Minister Viktor Orban and German Chancellor Angela Merkel are commemorating the 30th anniversary of the "Pan-European Picnic," an event on the border of Austria and Hungary considered to have helped lead to the fall of the Berlin Wall. Both leaders are expected to make speeches during a religious ceremony Monday in the border town of Sopron before holding bilateral talks over lunch. Merkel on Saturday thanked Hungary for "having contributed to making the miracle of German reunification possible" by briefly opening the Iron Curtain on Aug. 19, 1989, allowing 700 refugees from Communist-ruled East Germany to cross the border into the West. Relations between Berlin and Budapest have grown frostier in recent years amid Orban's hard-line stance against refugees and German criticism of Hungary's authoritarian policies. (ANSA-AP).