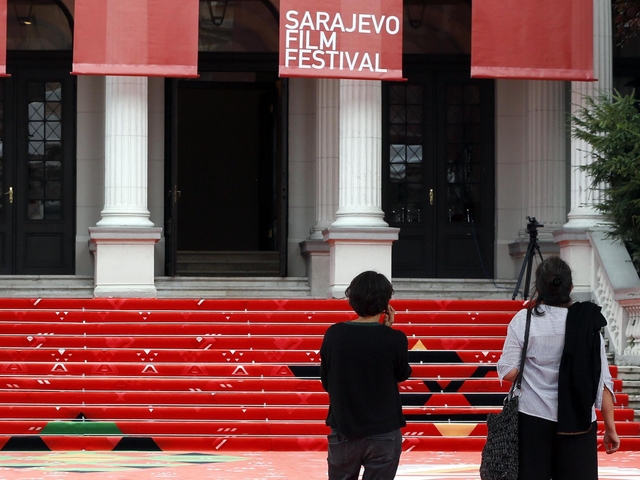 (ANSA) - BELGRADE, 16 AUG - The Sarajevo Film Festival (SFF) will kick off in the Bosnian capital today, with thousands of film professionals, guests and visitors ready to attend the events in program. The international festival, under the patronage of UNESCO, will mark this year its 25th edition. The SFF has a special focus on the region of South-East Europe and the Balkans in particular. Launched towards the end of the four-year siege of the city, also as an act of civil and cultural resilience, the festival became through the years one of the most important cultural events in the region and the leading film festival in the Balkans. The jubilee edition of the Sarajevo Film Festival will start with the world premiere of 'The Son", a film of the Bosnian director Ines Tanovic. Until August 23, a total of 270 films in 18 categories and representing 56 countries will be shown during the festival, with 68 films having their world premiere in the Bosnian capital while 53 works will compete for the Heart of Sarajevo award, the regional television N1 reported. This year, the red carpet of the Sarajevo Film Festival will be an unusual one, with "its pattern inspired by a traditional Sarajevo carpet dating back to 1930, held in the National Museum of Bosnia-Herzegovina," and idea to represent "a symbiosis of modern and traditional design," the Sarajevo Film Festival management said. On August 18, the French actress Isabelle Huppert will be awarded with the Honorary Heart of Sarajevo Award. (ANSA).