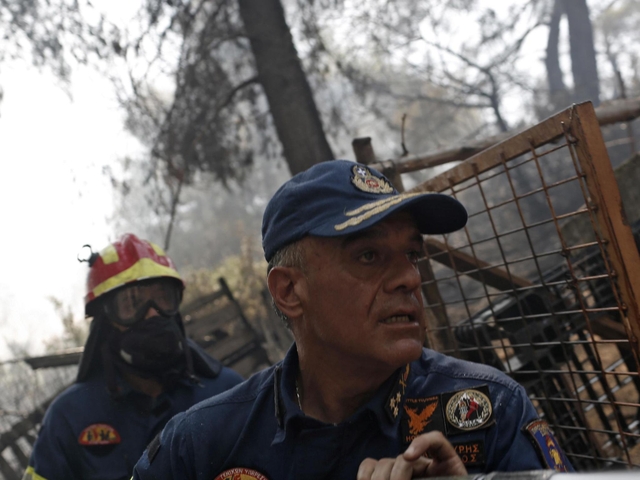 (ANSA) - ROME, AUGUST 16 - The wildfire that started blazing on the Greek island of Evia four days ago, destroying some 2,800 hectares of protested forest in what authorities have called an ''ecological disaster'', could have been caused by arson. Firefighters found objects that could have been used to start the fire, including rags, remains of tanks and little mountains of branches. According to television Skai, moreover, the fire is believed to have started simultaneously in three points, according to preliminary investigations. Police questioned 25 witnesses and three local residents who are suspected of playing a role in the alleged arson. As winds have died down, 390 firefighters working on Evia were able to circumscribe the fire to a valley near the village of Platania. There are 101 fire engines on the island and firefighters are being assisted by seven army units. The fire started on Tuesday morning in the area of Agrilitsa and the flames led to the evacuation of four villages, Stavros, Platania, Kontodespoti and Makrymalli. Athens asked for the assistance of Italy and Croatia. Nobody was injured. (ANSA).