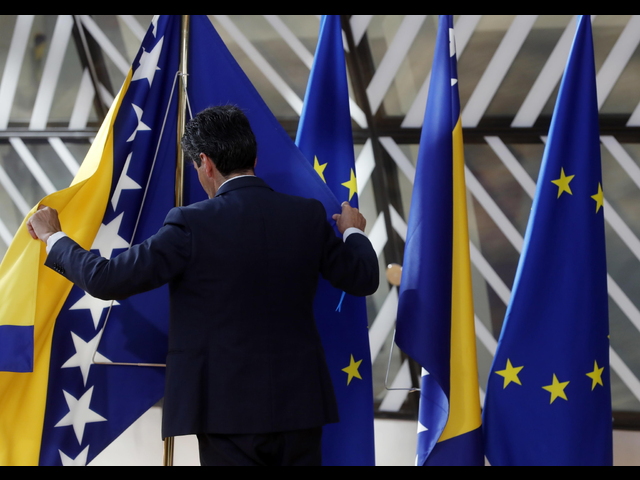 (ANSA) - SARAJEVO, 04 DIC - The Ambassador of Italy to Sarajevo, Marco Di Ruzza, visited the Bosnian member of the new tripartite presidency, Denis Becirovic, with whom he had a long and cordial conversation. The Ambassador first of all wished Becirovic well in his work. Becirovic expressed sincere words of thanks to Italy for its support of Bosnia and Herzegovina's (BiH) Euro-Atlantic integration path, underlining the importance of granting BiH candidate country status in line with the European Commission's recommendation. A recognition that would also have a favorable psychological impact on the population, creating new momentum and enthusiasm for the European path, Becirovic said. Di Ruzza confirmed the priority attention Italy accords to the Balkan quadrant, recalling - as part of this strategic direction - the many concrete initiatives to aid the region's European perspective, also underway in BiH. (ANSA).