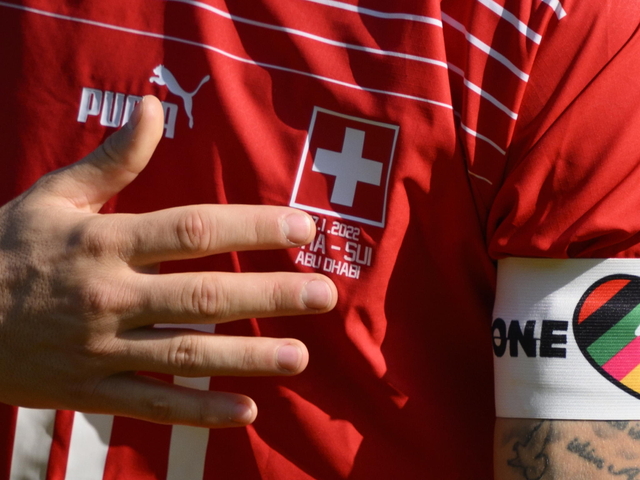 (ANSA-AFP) - BERLIN, NOV 23 - FIFA's decision to bar players from wearing the "OneLove" armband was "very unfortunate", the German government spokesman said on Wednesday, ahead of the national team's opening World Cup fixture versus Japan. "The rights of LGBTQ people are non-negotiable," Steffen Hebestreit said at a regular press conference. It was regrettable that "it is clearly not possible at the FIFA World Cup to take a position or to show a sign of solidarity", he said. Hebestreit added he hoped the debate around the armband would "positively change" the attitude of football associations and the organisers of major sporting events. The rainbow armbands had been viewed as a symbolic protest against laws in World Cup host Qatar, where homosexuality is illegal. Captains of several European teams had planned to wear the symbol as part of a campaign for diversity during the tournament hosted by Qatar, but they backed down over the threat of disciplinary action from FIFA, world football's governing body. The teams have since come under fire at home for failing to take a stronger stand against FIFA's stance on the armbands. "I suppose you have to wear the armband now. I would maybe take my chances," Vice-Chancellor Robert Habeck told German public broadcaster ZDF on Tuesday evening. (ANSA-AFP).