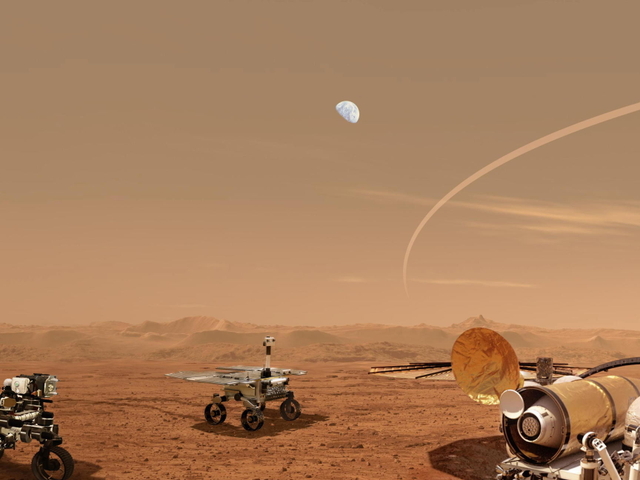 (ANSA-ROM) - BUCAREST, 03 AGO - Romanian scientists will help build one of the most sophisticated and advanced space robotic arms that will be used to collect rock and dust samples on Mars and send them to Earth. "The Romanian team will develop three sets of electronic ground support equipment (EGSE). Two of these will be used in Italy at the Leonardo facility and one will be delivered directly to NASA JPL, in the U.S., for final checks before launch," reported the Romanian Space Association (ASR). The mission to bring Martian samples back to Earth will see a 2.5-meter-long European robotic arm collect tubes full of precious soil from Mars and transfer them to a rocket for a historic interplanetary delivery. The robot, Sample Transfer Arm or STA, will play a crucial role in the Mars Sample Return campaign. The joint effort between NASA and ESA aims to bring Martian samples back to Earth by 2033. The robotic arm will land on Mars to retrieve sample tubes that NASA's Perseverance rover is collecting. GMV Romania also contributes to the Perception Unit whose development is coordinated by GMV Spain. "We have supported the participation in the optional Robotic and Manned Exploration program of the European Space Agency to give Romanian space actors the opportunity to participate in ESA projects," says Marius-Ioan Piso, President of the Romanian Space Agency (ASR). The European industrial consortium involved in the construction of the arm brings together companies from Spain, France, Romania, Denmark, Greece, Switzerland, and the Czech Republic, under the leadership of Leonardo. (ANSA-ROM).