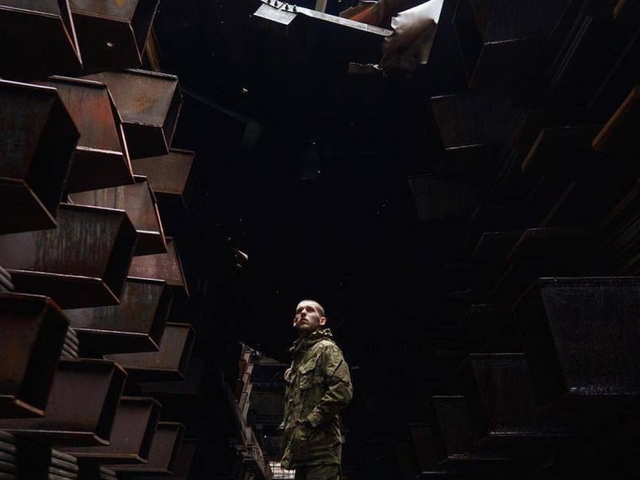 (ANSA-AFP) - KYIV, MAY 20 - The remaining Ukrainian troops holed up in Mariupol's besieged Azovstal steelworks have been ordered by Kyiv to stop fighting, a commander of a battalion leading the trapped units said Friday. "The higher military command has given the order to save the lives of the soldiers of our garrison and to stop defending the city," Denys Prokopenko said in a video on Telegram. An "ongoing process" was underway to remove killed fighters from the plant, he added. The soldiers, blockaded in the giant steelworks for weeks, have become a symbol of Ukraine's fierce resistance to Russia's invasion. The comments came as Moscow said 1,908 Ukrainian troops trapped in the factory have surrendered since Monday. Prokopenko said the priority was now to transfer the fallen from the plant. "We have always insisted on three of the most important conditions for us: civilians, wounded and the dead," he said. (ANSA-AFP).