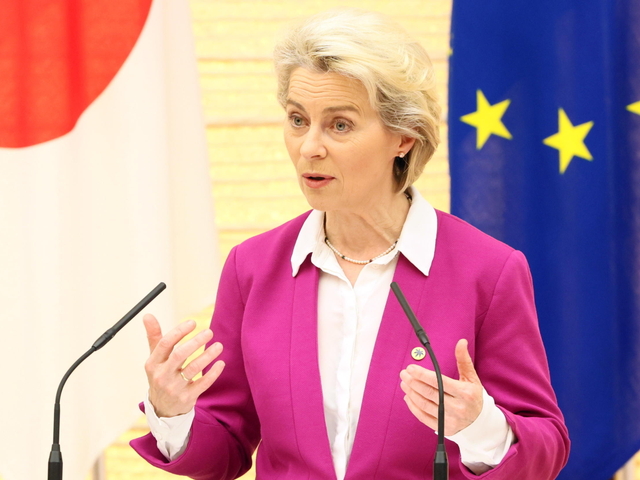 (ANSA-AFP) - TOKYO, MAY 12 - Top European officials warned Thursday that Russia poses the "most direct threat" to world order and urged China to play a more constructive role on the international stage as they held talks in Tokyo. European Commission President Ursula von der Leyen and European Council President Charles Michel are in Japan for talks that have touched on Russia's invasion of Ukraine but also growing concerns about China's role in Asia and beyond. Russia "is today the most direct threat to the world order with the barbaric war against Ukraine, and its worrying pact with China," von der Leyen said after talks with Japanese Prime Minister Fumio Kishida. The annual summit comes with much of the international community rallying to pressure Moscow over Ukraine. "Russia's invasion of Ukraine is not just a matter for Europe, but it shakes the core of the international order including Asia. This must not be tolerated," said Kishida, whose government has joined tough sanctions on Moscow, including on energy. Beijing's increasingly muscular stance in Asia was also on the agenda, with the EU looking to take a more high-profile role in confronting China. (ANSA-AFP).