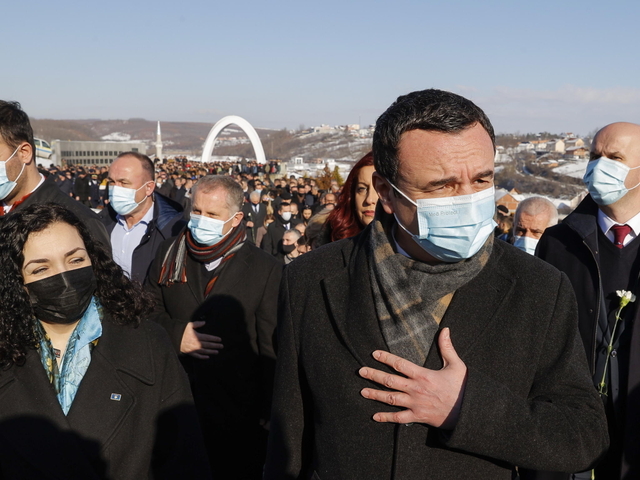 (ANSA) - PRISTINA, JAN 15 - Kosovo leaders on Friday rejected an appeal by the US, Germany, France, Italy, and the UK to hold a referendum for Serbs on justice also in Kosovo. They said that doing so would constitute a clear violation of the constitution and laws of Kosovo. In a joint statement issued at the end of a meeting with the diplomats of five Western countries and the EU, Kosovo president Vjosa Osmani, Prime Minister Albin Kurti, and Parliament Speaker Glauk Konjufca said that the "opening of voting stations of Serbia in Kosovo constitutes a clear violation of the constitution and laws of Kosovo, as well as international practices". This act, they added, is a violation of the territorial integrity of the independent and sovereign state of Kosovo by Serbia, Serb citizens of Kosovo with dual citizenship, it was reiterated in the joint document of Kosovo leaders, "will have the right to vote according to international standards and practices, meaning via post of the liaison office in Pristina". Kosovo institutions then urged the international community to apply the same standards for Kosovo as for any other country, since "the independence of our country is not only recognized by most democratic states in the world, it has also been enshrined by the International Court of Justice". (ANSA).