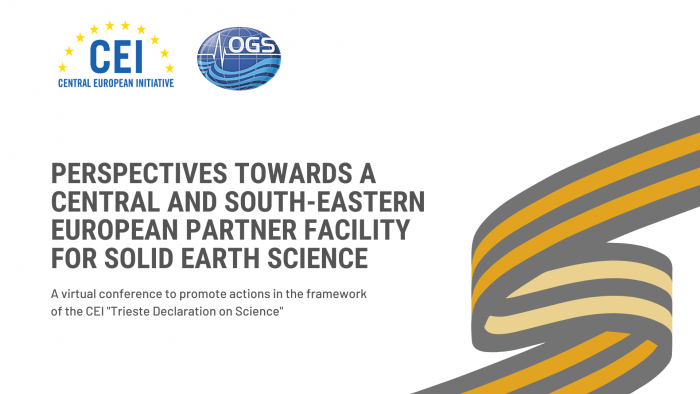 38 representatives from 11 different countries virtually met at a conference today aimed at pinpointing new opportunities for scientific collaboration in the field of solid earth science between and among Central and South-Eastern European countries. The event titled "Perspectives towards a Central and South-Eastern European Partner Facility for Solid Earth Science" was organised by the National Institute of Oceanography and Experimental Geophysics - OGS in the context of the project enlaRgIng EPOS mEmbership – RISE, with the support of the CEI Secretariat.

"We have provided OGS with our support aimed at creating a transnational platform capable of involving researchers and officials from the ministries of science of our member countries" explained CEI Secretary General, Roberto Antonione in his opening speech. "This conference represents, therefore, a tangible example of Science Diplomacy, an instrument we consider essential to pursue our mandate in favour of European integration and sustainable development ”, he added.

As part of the activities linked to the "Trieste Declaration on Science", adopted in Trieste on 13 December 2019 by the CEI ministers responsible for science and research / the event promoted an open discussion about potential interactions between the European Plate Observing System (EPOS) and the scientific communities of CEI countries that are not included in the EPOS membership.

This meeting will be followed by two additional meetings in 2021 envisioned to consolidate the transnational collaboration network, also in view of the establishment of international partnerships for joint applications to future Horizon Europe calls.