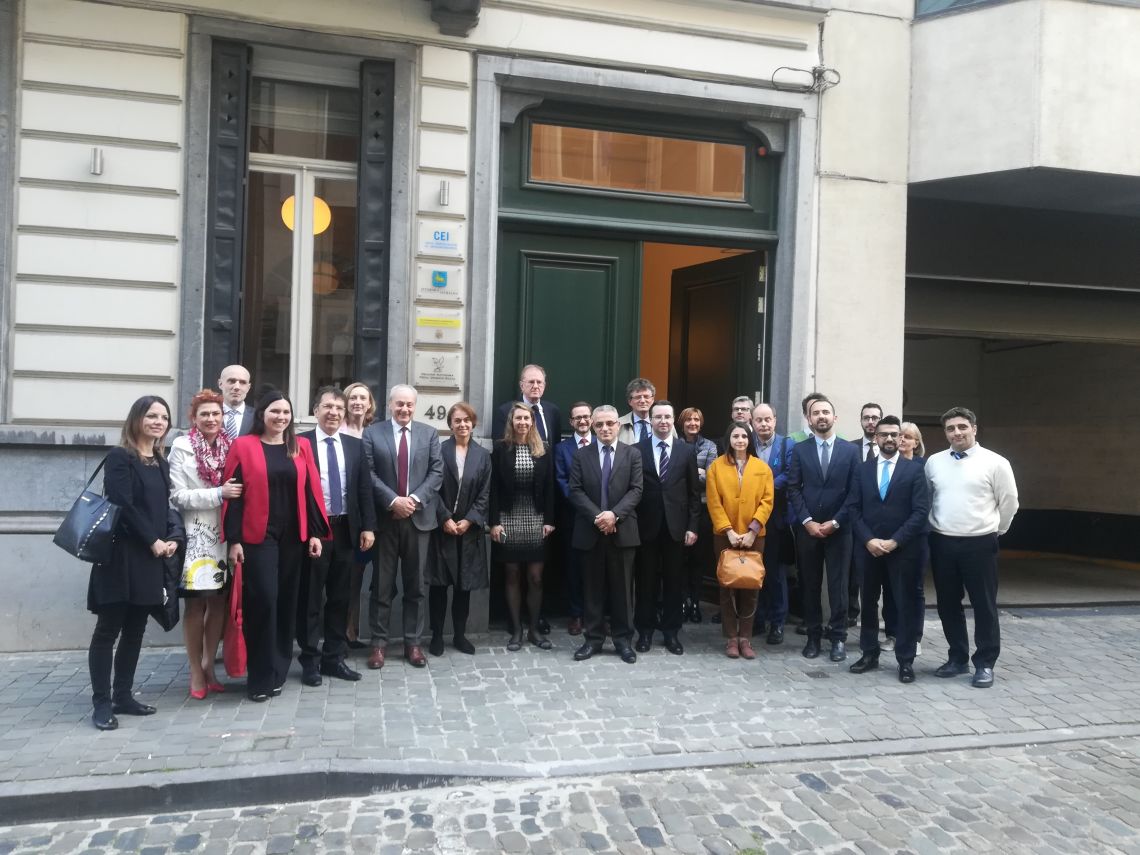 CEI Secretary General Roberto Antonione, during an official ceremony on 14 May, opened a CEI Representation Office in Brussels, hosted by the Liaison Office of the Autonomous Region Friuli Venezia Giulia in Brussels.

“We are grateful to the Region for hosting our Representation Office. This initiative aims at increasing our visibility in Brussels, thus strengthening ties with the European institutions ” said Antonione.

This event was held back to back with the meeting of the Committee of National Coordinators (CNC) under the Italian CEI Presidency 2019 on 15 May.

The CNC meeting, also attended by representatives of the Permanent Representations of the CEI Member States to the EU as well as of the European Commission and the European Parliament, served as a platform to explore possibilities for political and project cooperation with the EU institutions.

Representatives of the European Commission, the Director-General for European Neighborhood Policy and Enlargement Negotiations Christian Daniellsson, the Director at the Directorate General for Regional and Urban Policy, Lena Andersson Pench and the European Parliament's Director General for External Policies of the EU, Pietro Ducci, highlighted the strong cooperation among EU institutions in fostering European integration and how regional cooperation was a powerful tool to achieve this goal. "Regional cooperation is very important because challenges and opportunities do not stop at the border", pointed out Director Pench.

The CNC also focused on the upcoming CEI events and activities including the Meeting of the Ministers of Foreign Affairs (MFA Meeting) to be held in Trieste on 11-12 June.  CEI-Executive Secretariat proposals regarding the CEI Business Dimension and its upcoming activities were also touched upon.

“Thanks to Italy and the Ministry of Foreign Affairs and International Cooperation, we have organised this meeting here, at the heart of European institutions, together with their representatives. We will continue joining synergies with the Italian Presidency to the benefit of the citizens,” concluded Antonione.