7th International Conference on logic and applications held in Dubrovnik 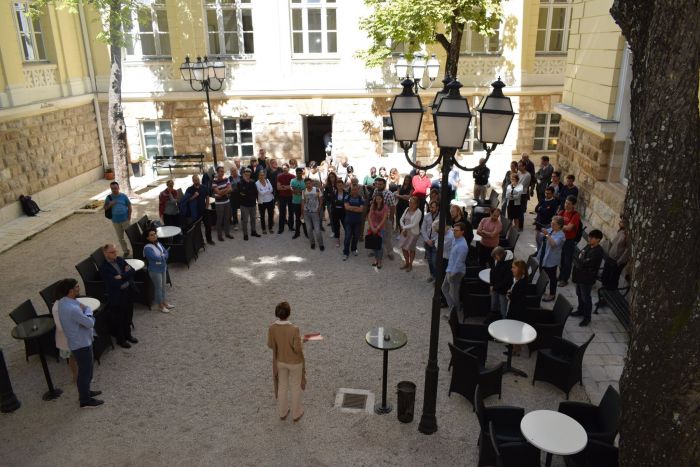 The event held at IUC – Inter University Center in Dubrovnik, Croatia on 24-28 September, brought together more than 35 researchers worldwide, experts in various fields of logic and a variety of its applications.

The participants had the chance to share and discuss the state-of-the-art of various research results that undoubtedly proved emerging interest in the field of logic and its significance in a number of spheres of information-based society: from foundational topics set theory, proof theory, type theory, computational logic, category theory to applications in automated reasoning, probabilistic reasoning, natural language processing, formal verification in 4.0 industry and privacy management.

For the first time, LAP 2018 included a satellite workshop “Formal Reasoning and Semantics” (FORMALS 2018), as a part of a research project supported by the Croatian Science Foundation.

Expert Conference: Energy Efficiency in buildings - for a better tomorrow held in Zagreb

COME-IN! at 2nd World Summit on Accessible Tourism in Brussels