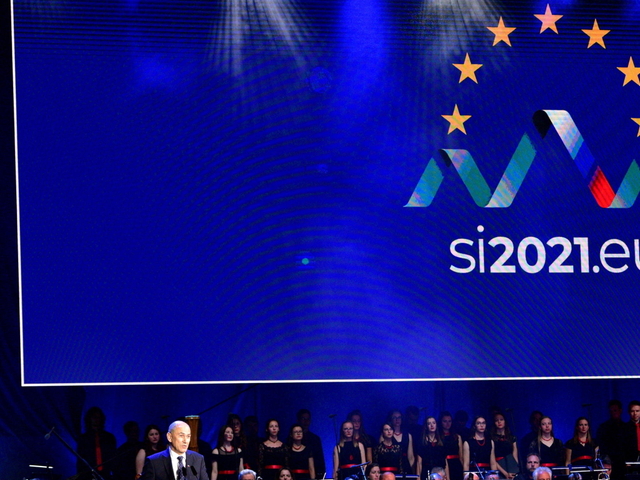 (by Stefano Giantin) (ANSA) - BELGRADE, JUN 29 - On 1 July, Slovenia will take the helm of the EU for the second time, replacing Portugal. The Slovenian Presidency of the Council of the European Union will take place until December 31. "The Presidency is an opportunity to strengthen integration within the EU and within its institutions, and to steer development towards an innovative and creative community based on sustainable development," said the Slovenian Foreign Minister Anze Logar last week, presenting the priorities of the Slovenian presidency of the EU, which will be marked by the slogan "Together. Resilient. Europe." The presidency will be based on four pillars: Resilience, recovery and strategic autonomy of the European Union; Conference on the Future of Europe; A union of the European way of life, the rule of law and equal criteria for all; A credible and secure European Union, capable of ensuring security and stability in its neighborhood. Among the pillars of the Slovenian Presidency the "strengthening the Union's resilience, recovery and strategic autonomy," with a particular focus to the Recovery Mechanism and the Next Generation EU recovery package, based on green and digital transitions, Slovenian autorities said. Ljubljana will also work on the current debate on the future of Europe, on the rule of law and its strengthening and on the role of the Union in the international community. "The European future of the Western Balkan countries and the continuation of the enlargement process must become the Union's strategic interest", Logar stressed. "The success of the Slovenian Presidency, as well as of the European Union as such, depends on joint efforts by the Member States and European institutions to seize the opportunity and improve the Union's functioning before future crises. At the same time, let us make sure that we can successfully face the current economic, social and also geostrategic challenges," Logar urged. "The COVID pandemic is still with us; yet, we need to look further, beyond the horizon. The EU faces many challenges and we can only face them if we are whole, free and at peace with ourselves," Slovenian Prime Minister Janez Jansa said in an introductory address published by the official website of the Slovenian presidency. (ANSA).