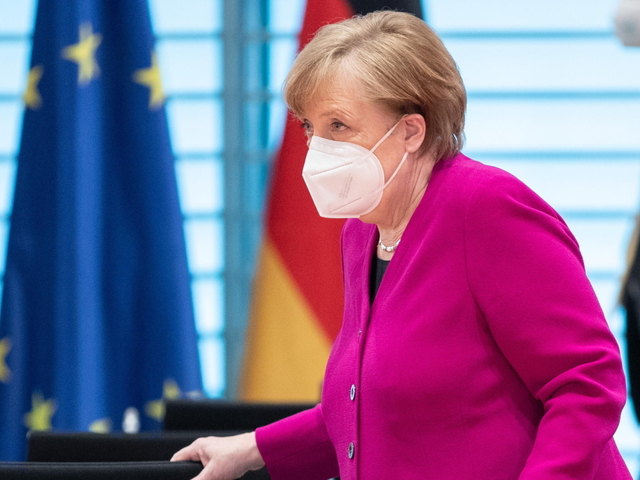 (ANSA-AFP) - BERLIN, APR 7 - Chancellor Angela Merkel is in favour of tightening virus restrictions in Germany for a short period to stem rising case numbers, her spokeswoman said Wednesday. Merkel backs calls for a "short national lockdown", Ulrike Demmer said, noting that the country's health system was under growing pressure. Germany has been in some form of shutdown since November, but has struggled to bring case numbers under control in recent weeks with a surge in the British variant of the virus. At their last meeting in March, Merkel and the leaders of Germany's 16 states agreed national rules including strict shutdowns and possible curfews in areas with more than 100 new infections per 100,000 people over seven days. But under Germany's federal system, each state can ultimately decide its own rules. Some have failed to impose more restrictions in the face of more cases and even gone ahead with reopening measures. (ANSA-AFP).