EU: Plenkovic,a deal on a multiannual budget is our priority 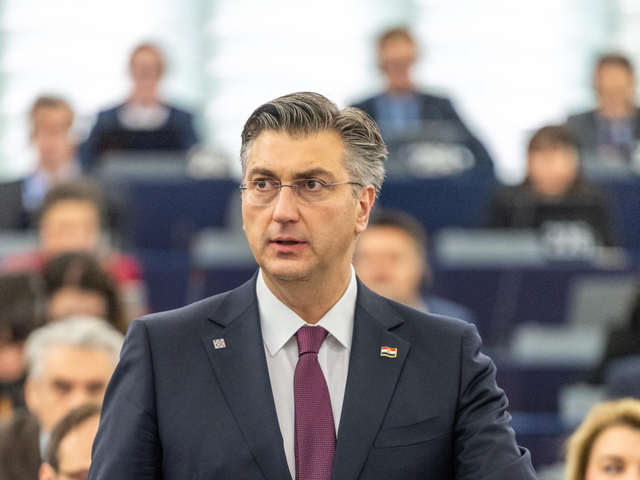 (ANSA) - STRASBOURG, JANUARY 14 - "An agreement on the multiannual financial framework is our priority, which should continue to finance cohesion and agriculture policies but also other challenges," said Croatian premier Andrej Plenkovic describing the plans of the Croatian rotating presidency of the EU Council. "We must, therefore, act quickly - he added -, it is crucial to carry on the negotiations by making progress in all sectors, our failure would strengthen those who do not want a strong Europe". Plenkovic then spoke of Brexit underlining that "it will be sad to see a member state leave the EU because the United Kingdom and the EU share a long history and this must be a new starting point for building a new relationship." The Croatian Prime Minister then spoke of the enlargement policy, specifying that "joining the EU remains the ultimate goal of the negotiations". Other points include EU security, migration, and asylum policies. "Now we need to strengthen the EU's external border and we will do this through foreign policy, security, development, trade, humanitarian aid, but we must do it in particular between Greece and Turkey," said Plenkovic speaking at the Plenary of the EU Parliament in Strasbourg. "Croatia does not want to become a sort of informal hotspot country - he added -. We said no to barricades and barbed wire, we protect our border with a staff of 650 people who also monitor the European border". Plenkovic then added that he visited the border between Bosnia and Croatia and he is aware of the current situation.". Then he specified that" we must cooperate, use Frontex activities, help each other to adequately address the issue.". (ANSA)