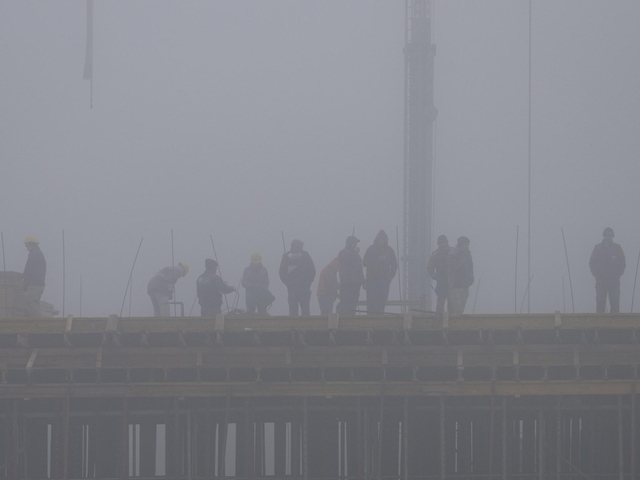 (by Stefano Giantin) (ANSA) - BELGRADE, JANUARY 10 - Serbia ranks first in Europe and ninth in the world for pollution-related deaths, according to a study recently released by the Global Alliance in Health and Pollution (GAHP), an international body made of experts and observers that advocates for resources and solutions to pollution problems. According to the last GAHP's "2019 Pollution and Health Metrics: Global, Regional and Country Analysis," Serbia was included in the top ten countries in the world in terms of premature deaths attributed to pollution, with 175 deaths per 100,000 people in 2017, the most recent dataset. Chad tops the list with 287 deaths for every 100,000 people, followed by the Central African Republic (251), North Korea (202), Niger (192), Madagascar (183), Papua New Guinea (183), South Sudan (180), Somalia (175), while India ranked 10th with 174 deaths/100,000 inhabitants. Serbia ranks also first in the ranking that includes the countries belonging to the WHO European region. Serbia is followed by Georgia (140 deaths per 100,000 people), Bulgaria (137), Ukraine (128), Bosnia and Herzegovina (125), Armenia (117), Croatia (108), Romania (106), Belarus and Hungary (both 105). According to the study, around 12,300 people died in 2017 in Serbia due to different type of pollution, including air and water pollution but also occupational pollution. In Europe, the highest number of pollution deaths were recorded in the Russian Federation (118,687), Germany (68,300), Turkey (57,779), Ukraine (57,258) and Italy (57,033). In the world, India (more than 2.3 million) ranks first for the number of premature pollution related death per year, followed by China (1.8 million), Nigeria (280,000), Indonesia (232,000) and Pakistan (223,000). "It is not surprising to see India and China at the top of this list. They both have billion-plus populations and are industrializing rapidly. Other heavily populated countries-such as Pakistan, Bangladesh and Indonesia- are also badly affected," the study reads. The Global Alliance in Health and Pollution estimated that around 8.3 million people died in 2017 due to pollution, "the largest environmental cause of premature death on the planet." "These deaths are caused by exposure to toxic air, water, soil, and chemical pollution globally," GAHP said in the report, noting that "pollution kills three times as many people a year as HIV/AIDS, tuberculosis, and malaria combined" and "15 times the number of deaths caused by war and other forms of violence each year." "The report reminds us all that pollution is a global crisis. It does not matter where you live. Pollution will find you," said Rachael Kupka, acting Executive Director of GAHP. The report had a significant echo in Serbia, where local media underlined that the Balkan country registered "an higher number of deaths than India" and it is "first in Europe for mortality" because of smog. The director of Belgrade's Institute for Pulmonary diseases and Tuberculosis, Dejan Zujovic, told local media that in the previous days the data measurements of pollution in parts of the Serbian capital were "incompatible with life." Today's data from AirVisual show that Sarajevo, Pristina, Skopje, Sofia, Zagreb and Belgrade are recording again "unhealthy" levels of pollution and are topping anew the list of the most polluted cities in the world. (ANSA).