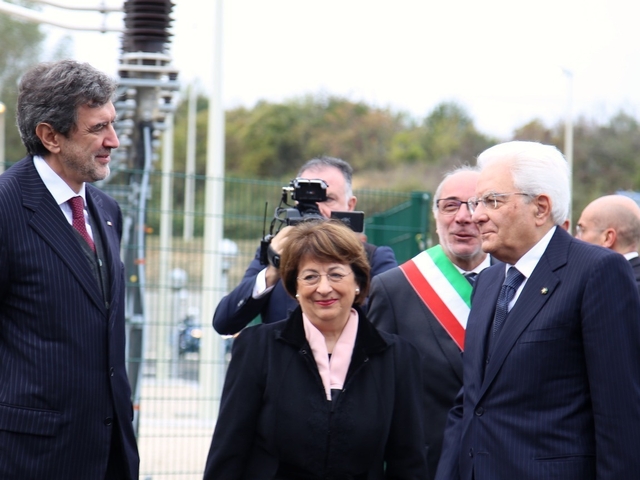 (ANSA) - PESCARA, NOVEMBER 15 - The President of the Republic, Sergio Mattarella, and the President of Montenegro, Milo Dukanovic, inaugurated the first 'electric bridge' between Europe and the Balkans today. This is the Italy-Montenegro power line built by Terna, between Cepagatti (Pescara) and Lastva, in the municipality of Kotor. The work to lay the cables, which are 445km long, began between 2015 and 2017 for a total investment of around 1.1bn euros. The infrastructure that will come into operation by the end of the year will allow the two countries to exchange electricity in a two-way manner. The work inaugurated today represents the longest high voltage submarine connection ever made by Terna. "It is a major hub for Italy, the Balkan region and Europe, it brings us closer together, pooling resources," said Mattarella. "Significantly, this inauguration takes place on the 140th anniversary of our diplomatic relations, " he underlined, adding that "the destiny of the Balkan countries is inseparable from that of other European countries.". Montenegro's journey towards the EU "deserves support and encouragement, " said the President of the Republic. (ANSA).