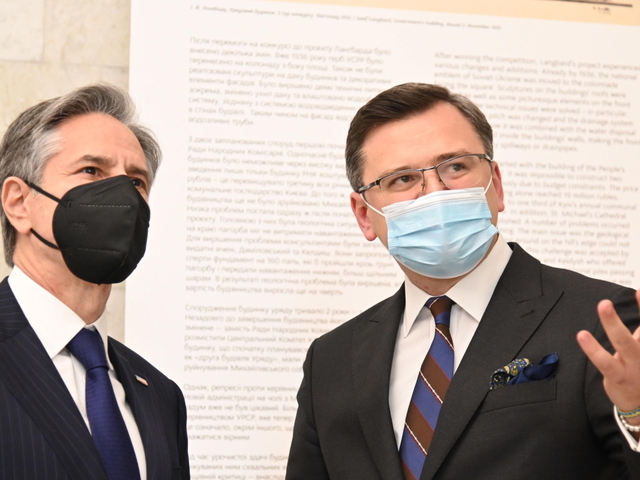 (ANSA-AFP) - KYIV, JAN 26 - Ukrainian Foreign Minister Dmytro Kuleba said Wednesday that the number of Russian troops deployed along his country's border was not enough for a major attack. Kyiv and the West have accused Russia of massing tens of thousands of troops on the Ukrainian border in preparation for a possible invasion and of seeking to destabilise the ex-Soviet country. "The number of Russian troops amassed along the border of Ukraine and occupied territories of Ukraine is large," Kuleba said, referring to Moscow-annexed Crimea and separatist-controlled parts of eastern Ukraine. He told reporters that "it poses a threat to Ukraine" but is "insufficient for a full-scale offensive". Kuleba added that Russia is still capable of building up its deployments to "a sufficient level" over time. (ANSA-AFP).