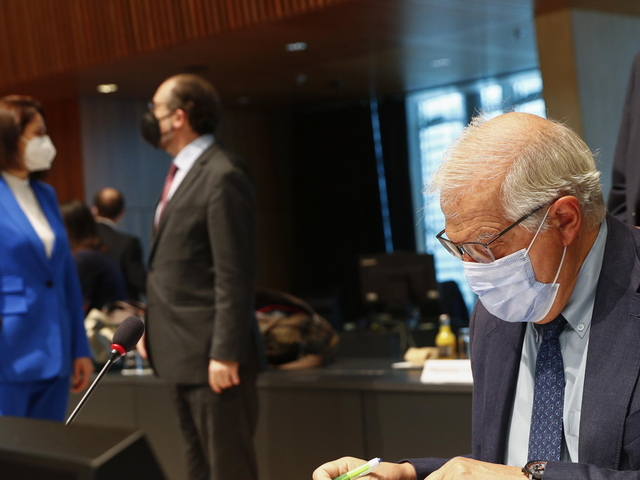 (ANSA-AFP) - LUXEMBOURG, JUN 21 - EU foreign ministers eyed sanctions on key sectors of the Belarus economy Monday, as the bloc ratchets up pressure on President Alexander Lukashenko after the forced landing of an airliner. Ministers meeting in Luxembourg were discussing broad-ranging measures targeting major revenue sources for the Belarusian regime: potash fertiliser exports, the tobacco industry, petroleum and petrochemical products, and the financial sector. "We will consistently continue on the path of sanctioning Lukashenko and his regime. We will no longer only sanction individuals, but we will now also impose sectoral sanctions," German Foreign Minister Heiko Maas said. "We want to contribute in this way to the financial drying up of this regime." Austria's top diplomat Alexander Schallenberg said he expected ministers to give "unanimous" backing for economic sanctions that would also include a ban on sales of surveillance equipment to Belarus and tightening of an arms embargo. But EU foreign policy chief Josep Borrell warned no final decision would be taken until after the bloc's leaders meet for a summit in Brussels later this week. (ANSA-AFP).