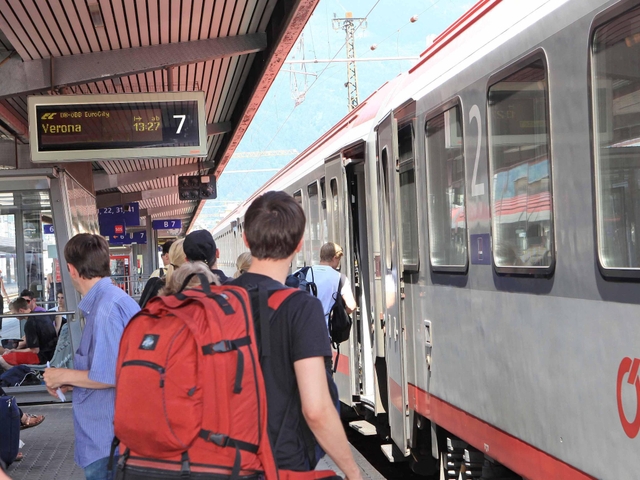 (ANSA) - TRIESTE, 10 GIU - After 160 years, tomorrow at 7:58 am, a train will depart Vienna leave and will run along the ancient route that connected, via Graz (Austria), Maribor, and Ljubljana (Slovenia), the capital of the Habsburg empire with its main harbor, Trieste, where the train will arrive at 4.52 pm, welcomed by a ceremony in the hall of the Central Station. Municipal and regional authorities, as well as Slovenian and Austrian institutional representatives, will attend the event. The participants will remember the history of the rail link and the past ties between Trieste and Vienna. On Saturday, June 12, the train service will travel in the opposite direction, departing from Trieste Central Station at 1.03 pm and arriving in Vienna at 10.02, as Il Piccolo daily newspaper reported in a lengthy article today. The train will consist of three Slovenian railway carriages along with Austrian ones. After the direct route was interrupted, to reach Vienna from Trieste, it was necessary to pass through Udine, go up the Pontebbana, cross over to Villach, and continue to Vienna. Austrian railways Öbb, with a return to the past, decided to resume a direct connection along this 'old' route. A daily return Eurocity train will perform the service. (ANSA).