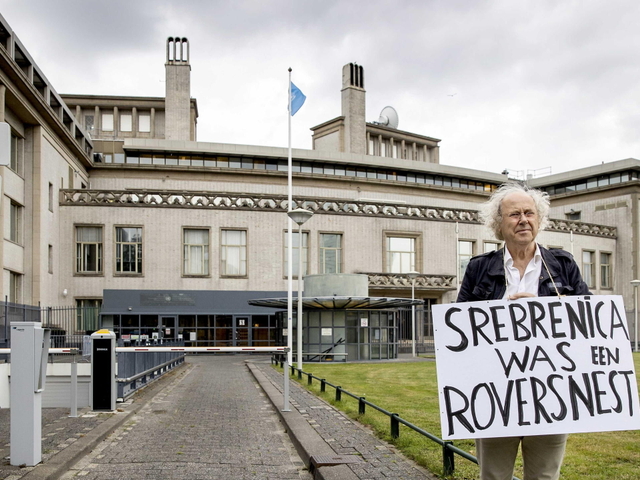 (ANSA-AFP) - THE HAGUE, JUN 8 - UN judges will rule Tuesday on Bosnian Serb military chief Ratko Mladic's appeal against his genocide conviction for the 1995 Srebrenica massacre, Europe's worst act of bloodshed since World War II. The Hague tribunal will be delivering its final verdict on the so-called "Butcher of Bosnia", who was sentenced to life imprisonment in 2017 for genocide, war crimes and crimes against humanity during the 1992-5 Bosnia war. Mladic, now frail and in his late seventies but still prone to courtroom outbursts against NATO and the West, is expected to be in the dock to hear the judgment read out from 1300 GMT. Mothers of some of the 8,000 mostly Muslim men and boys killed when Bosnian Serb troops overran Srebrenica will meanwhile be outside the court in the Netherlands where they have long campaigned for justice. (ANSA-AFP).