Poland:230th anniversary of the first Constitution in Europe 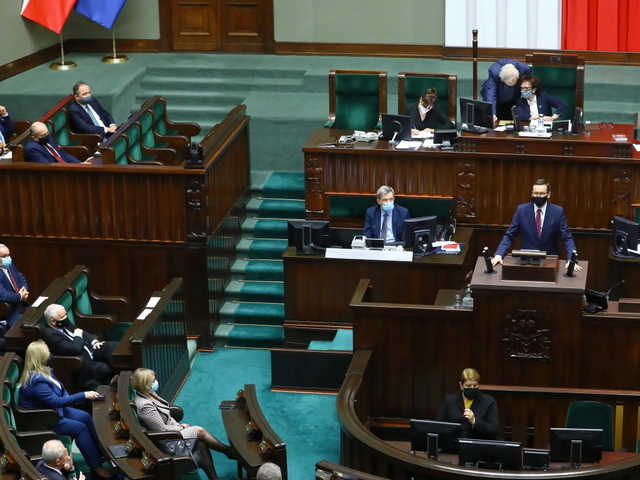 (ANSA) - PESCARA, 03 MAG - "The 'most beautiful constitution in the world' really existed: it is the one promulgated in Poland on May 3, 1791, the first in Europe and the second in the world after the American one. King Stanisław Poniatowski deemed it a necessary tool to modernize Poland and free it from the Russian-German grip which, with the first partition in 1772, had incorporated a third of the territory and population." The historian Marco Patricelli said in an interview with ANSA for the 230th anniversary of the promulgation of the Polish Constitution. "Poniatowski - explained Patricelli - had tried to carry out his reform policy from 1788 up to 1792. To strengthen the state, he had granted representation to the bourgeoisie, declaring the hereditary monarchy and the parliamentary regime. Executive power was in the hands of the king and his government. Poniatowski enjoyed the decisive support of the noble reformers and members of the Patriotic Party Hugo Kołłątaj (ideologue and leader), Stanisław Małachowski, Kazimierz Nestor Sapieha, Ignacy and Stanisław Kostka Potocki, Italian Scipione Piattoli." Patricelli then explained the cornerstones of the Polish Constitution. A national army of one hundred thousand men was established, along with taxation on land property, and citizens of royal cities were guaranteed personal inviolability. The right to acquire land, access to many offices and a military career, participation in the Sejm with the right to vote in matters concerning cities and commerce were regulated. The rights of citizens were equal to those of nobles. The Sejm was the legislative power deposit, while the executive power belonged to a body called Defenders of the Law and composed of the king, the primate, and five ministers. Historian Edmund Burke, known as "the British Cicero," called the constitution of Poland "one of the best ever given to a nation." According to Patricelli, the Polish Constitution was "too evolved and too ahead of its time." On January 9, 1792, Russia signed the Iaši peace treaty with the Ottoman Empire and turned its attention back to Poland. Prussia moved in parallel and thus, "to save Poland from the revolution," as somebody hypocritically said, their armies invaded the country from east and west in 1793. In two months, the military and the constitution were swept away. This second partition took away from Poland over 300 thousand square kilometers and three million inhabitants. In 1795 Poland disappeared from the map of Europe; it came back only in 1918. (ANSA).