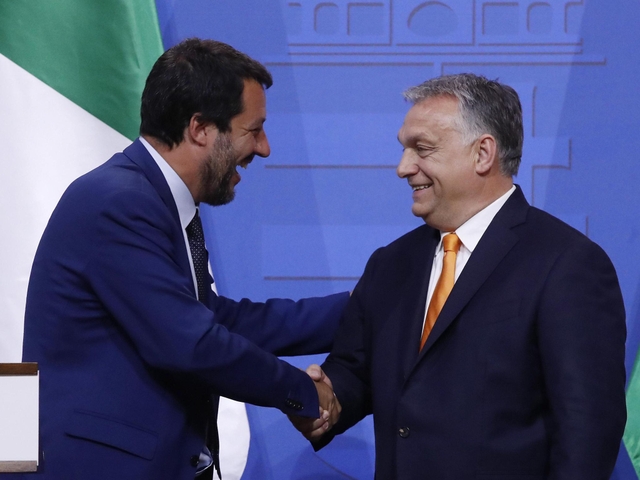 (ANSA-AFP) - BUDAPEST, MAR 5 - Hungarian Prime Minister Viktor Orban on Friday called for the creation of a new European right-wing force for "our type of people" who want to protect their families and homeland. The call came days after Orban's Fidesz party quit the European Parliament's conservative EPP grouping after a lingering dispute. As speculation grew over possible new alliances in the European Parliament for Fidesz, Orban said "all types of proposals to renew European politics" were being considered. "There should be a political home in Europe for our type of people, those who want to protect families, to defend their homeland, who think in terms of nation states working together rather than a European empire," Orban told state radio in an interview. "We must work to create this, I think that such a political direction will be a decisive force in Europe," he said. Orban said he was in talks with "the Poles," referring to Poland's governing right-wing PiS party, as well as Matteo Salvini and Giorgia Meloni, leaders of two stridently anti-immigration and eurosceptic Italian parties. (ANSA-AFP).