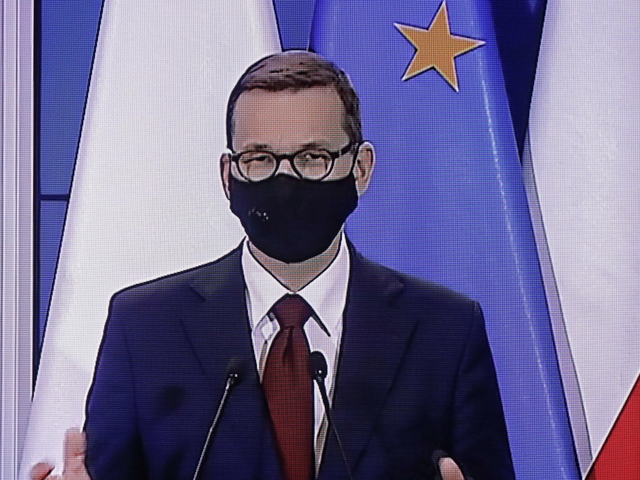 (ANSA-AFP) - WARSAW, 18 NOV - Prime Minister Mateusz Morawiecki on Wednesday defended Poland's decision to veto the EU's budget and coronavirus rescue fund, warning that an attempt by Brussels to tie financing to rule-of-law conditions could break up the bloc. "An EU in which there is a European oligarchy that punishes the weaker (members) isn't the EU we entered and this is not the EU with a future," Morawiecki told parliament on the eve of a European summit that is set to be dominated by the row. "We say 'yes' to the European Union, but 'no' to being punished like children, 'no' to mechanisms that mean Poland and other countries are treated unequally," he said. "This is a matter of sovereignty," he said, adding that tying funding to political conditions decided in Brussels could lead eventually "to a break-up of the EU". "Today, you think this instrument is directed against us, Hungary, maybe Slovenia, maybe some other country in Central Europe. In a few years' time, in two or three years' time, it could be directed against someone else." "This is a turning point in EU history. Making decisions based on the arbitrary provisions of regulation may lead to its collapse," he said. Hungary and Poland blocked approval on Monday of the EU's long-term budget and coronavirus rescue -- a 1.8-trillion-euro package -- and plunged the bloc into a political crisis. (ANSA-AFP).