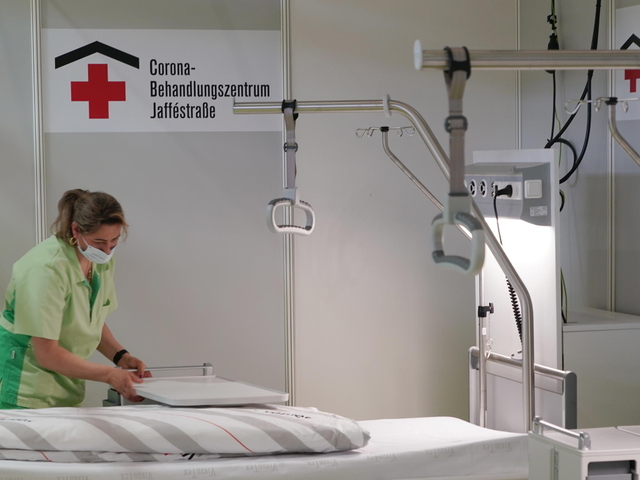 (ANSA) - BERLIN, 19 OTT - Given an increase in Covid infections in Germany, the spotlight is again on the capabilities of the national health system, one of the few in the world that has shown an effective reaction during the first wave of the pandemic. At the moment, the situation is under control: there are 770 patients in intensive care. Of the 30,000 beds available, 9,000 are free (data updated on Saturday by the association for intensive and emergency medicine, DIVI). Another 12,000 can be activated to face an emergency. "But we have shown that we can free between 150,000 and 200,000 beds in ordinary structures," explained Georg Baum, director-general of the German hospital association DKG, according to the DPA. According to Baum, the most worrying data concerns the availability of adequately trained personnel. Despite the increase in infections, there are 770 patients in intensive care, and they are few compared to the numbers in April when they reached 2,500. However, the trend is growing, compared to a couple of weeks ago, when patients in ICU were just 420. "We have increasing numbers in hospitals," Baum confirmed. According to the Robert Koch Institut, which updated its bulletin today, 4,325 new infections have been recorded in 24 hours. Since the beginning of the pandemic, Germany has recorded 366,299 cases and 9,789 deaths due to the coronavirus. (ANSA).