Croatia, head-to-head between conservatives and SDP 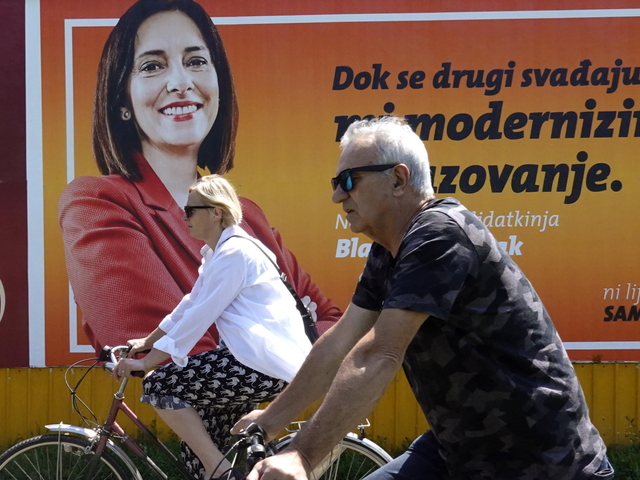 (By Stefano Giantin) (ANSA) - BELGRADE, 04 LUG - There is growing concern over the virus in Croatia, as the infections have started to rise again in the last few weeks. There are controversies and criticisms about the management of the vote and great uncertainty about the result of the parliamentary elections scheduled for tomorrow. The infections, kept under control from mid-May until 18 June, reached their peaks: 95 on June 25 and 96 on July 3. These numbers have weighed on the election campaign, in a country where the tourism sector is crucial, and that this year could be forced to suffer a "disappointing" summer season, recording a 9% drop in GDP, according to estimates by the World Bank. To reduce the risk of infection, some of the political forces renounced pre-election activities and rallies, and the authorities recommended voters to use masks in the polling stations, already mandatory for the poll-watchers, and bring pens from home. Controversies have also occurred on the voting system, and the electoral commission in recent days had denied access to polling stations, a measure which raised heavy criticism from the opposition. The Constitutional Court on Friday ruled that the state - Hina news agency reported - has to ensure that all citizens exercise the right to vote. The decision led the national electoral commission to introduce new safety criteria to allow even the infected to vote. According to the latest polls, the vote would be divided equally. The "Restart Coalition" (center-left), led by Davor Bernardic (SDP), is given a slight advantage (at around 30%). The HDZ, the conservative party led by the current Prime Minister Andrej Plenkovic (29-30%), who promises a "safe Croatia" in the time of the virus and the post-Covid economic crisis, is ranked second. The Patriotic Movement (nationalist right) led by singer Miroslav Skoro is ranked third (10-11%) but could become the "needle of the scale" for the future majority, given that the two major coalitions should not win enough votes to rule alone. The liberal center and the greens, potential allies of a social-democratic government, should also record good results. "These are the most unpredictable elections" in recent Croatian history "and will most likely result in the launch of a large coalition between SDP and HDZ. Some surprises could come from the far-right votes exceeding expectations, as well as those given to Mozemo" (left ecologist), Giorgio Fruscione, an ISPI analyst, told ANSA. And he confirmed that Skoro, "an extremist wing of the old HDZ", could become "decisive." The Croatian elections come after those held in Serbia, now facing a second wave of COVID. North Macedonia will go to the polls in mid-July. Voting while the virus is circulating is "absolutely a gamble," according to Fruscione. "Plenkovic's move tended to capitalize on consensus after the good management of the initial phase of the epidemic, to avoid voting in the autumn when the economic impact will be painful. This choice, however - the analyst added - could have a boomerang effect." (ANSA).