Croatia: the country toward the vote, uncertain outcome 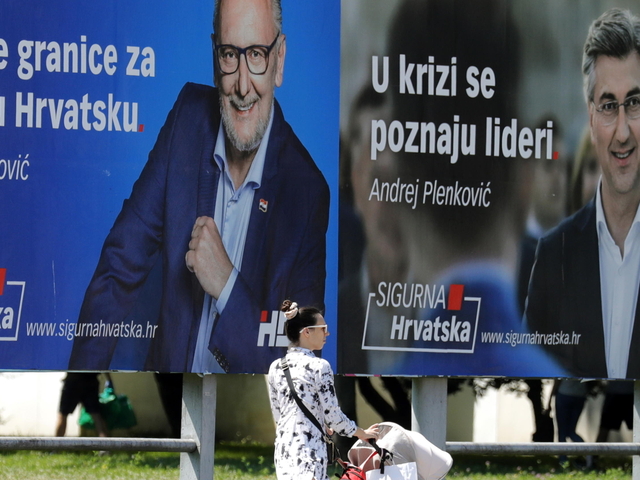 (ANSA) - ROME, JUNE 29 - Croatia is approaching the general election next Sunday amid growing tension due to the strong growth in coronavirus cases. Uncertainty about the outcome of the vote remains high, as there is substantial equality between the two main political sides. Many parties, including the main opposition force, a large center-left coalition, have suspended all pre-election activities involving direct contact with voters. Some question the legitimacy of the election, arguing that many citizens would desert the polling stations, whereas for those in self-isolation it is unclear whether they will be able to vote. According to polls, the center-left coalition, led by Davor Bernardic's Social Democrats, would win 29.3% of the vote, while the conservatives led by the outgoing Prime Minister Andrej Plenkovic are given 28.4%. The center-left coalition is slightly ahead with 60 probable MPs, against 56 for the conservatives. But neither side would reach the majority of 76 MPs (out of 151). For this reason, the result of the nationalist right-wing, grouped in the Patriotic Movement, led by the famous singer Miroslav Skoro (11%, according to polls), will be decisive. Skoro has not ruled out a post-election coalition with the conservatives but on the condition that Plenkovic, whom he considers too centrist and pro-European, will resign as prime minister. The center-left looks to the liberal center (around 3%) and the Greens (5%). Even a "grand coalition" between the two main political formations cannot be ruled out. The latter solution, anyway, would be considered if the other post-election possibilities failed, and in the presence of an intense second wave of the coronavirus, that would prevent the return to the polls in the autumn. (ANSA).