Poland: state TV, thanks to Pescara for honoring Pilecki 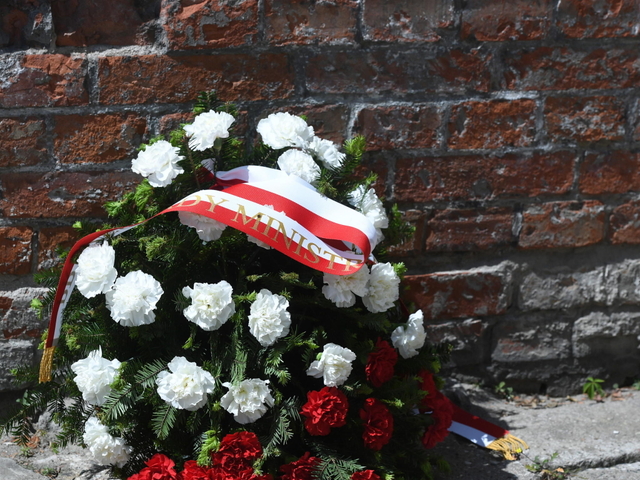 (ANSA) - PESCARA, 27 MAG - Poland looked carefully at Pescara and its province on the very day the country of the white eagle paid tribute to national hero Witold Pilecki (1901-1948). It was on that day that a Telewizja Polska (TVP) troupe went to the town of Vicoli and interviewed the Mayor of Pescara Carlo Masci. Pescara, in fact, in 2011 celebrated for the first time in Europe the cavalry captain who volunteered to get himself imprisoned in Auschwitz to witness the horrors of the Nazi extermination camp to the world and was the first to inform the Allies. In the presence of Polish diplomatic and academic authorities, exactly on the Shoah Memorial Day, January 27, nine years ago (Luigi Albore Mascia was then the mayor), a tribute was paid in the City Hall of Pescara to a personality who embodied the ideals of freedom by fighting the two totalitarianisms of the twentieth century, Nazism and Communism, and was killed in Communist Poland on May 25, 1948. After a while, Vicoli, which is the smallest village in the province of Pescara, on July 30, 2015 named the municipal garden after Pilecki, to whom a Majella stone monument was dedicated and inaugurated by the then Polish ambassador Tomasz Orlowski. Polish reporter Magdalena Wolinska-Riedi explained to Mayor Carlo Masci that the Poles deem very important the relationship that Pescara has established with Poland by celebrating one of its most important national heroes, whose message is current, as it goes far beyond the present age, the nation, and the facts. "Pilecki has been able to fight for the ideals of freedom and justice - Masci told TVP - and this makes him a personality to be remembered forever and to be considered as a model for Europe in terms of fundamental values." (ANSA).