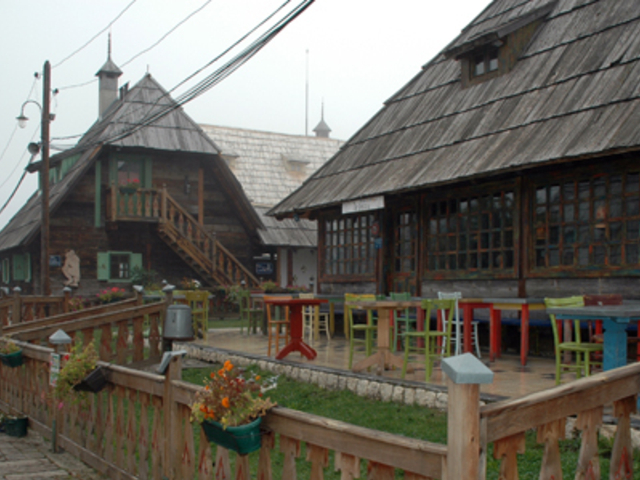 (ANSA) - BELGRADE, JANUARY 14 - The 13th edition of the Kustendorf international film festival, created and directed by Serbian director Emir Kusturica and dedicated to young directors, filmmakers, and film students, kicked off on Monday evening in Drvengrad, a village made entirely of wood in the mountains of western Serbia. The alternative, non-commercial festival has no advertising, and with no red carpet, it is far removed from glamour. It is entirely focused on the art of film and direct relationships with filmmakers. Serbian Culture Minister Vladan Vukosavljevic spoke at the festival's opening ceremony, together with Italian director Paolo Virzì, who is on this year's jury along with French author Tonino Benacquista, French cinematographer Michel Amathieu, and Russian chess player Vladislav Tkaciov. A total of 21 films by young directors from various countries around the world are vying for the top prize of the Golden Egg, which will be awarded at the conclusion of the festival on January 18. The festival also includes exhibitions and retrospectives dedicated to great directors and actors, and numerous guests from the world of international cinema are expected to attend. Every evening after the film screenings, there are concerts by groups and bands from various musical genres.(ANSA).