The BBC honors Pahor with "The Man Who Saw Too Much” 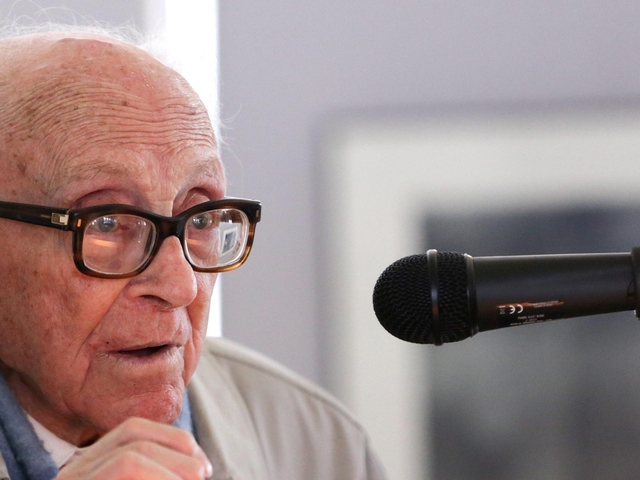 (ANSA) - BELGRADE, 29 NOV - The British Broadcasting Corporation (BBC) has celebrated the writer Boris Pahor in a 63-minute documentary aired on BBC One on Wednesday evening, "The Man Who Saw Too Much." The documentary "tells the story of 106-year-old Boris Pahor, believed to be the oldest known survivor of the Nazi concentration camps," the BBC said on its website, recalling that the Trieste-born intellectual, one of the most celebrated Slovenian writers, was sent during World War Second to Dachau, Dora, Harzungen, Bergen-Belsen and Natzweiler, "one of the Nazis' least known but most deadly camps." "Twenty years after the war, Pahor wrote an extraordinary book about his experiences called Necropolis - City of the Dead," the BBC said. The documentary by Alan Yentob, one of the most prominent BBC presenters and executives, who visited Pahor in his home in Trieste, focuses in particular on the life of Pahor, "born in the tolerant, cosmopolitan city of Trieste in 1913" and on his memories of the repression against the Slovenian minority in Fascist times and of World War II. "The Man Who Saw Too Much" is available on the BBC iPlayer platform, but only for viewers based in the United Kingdom. (ANSA).