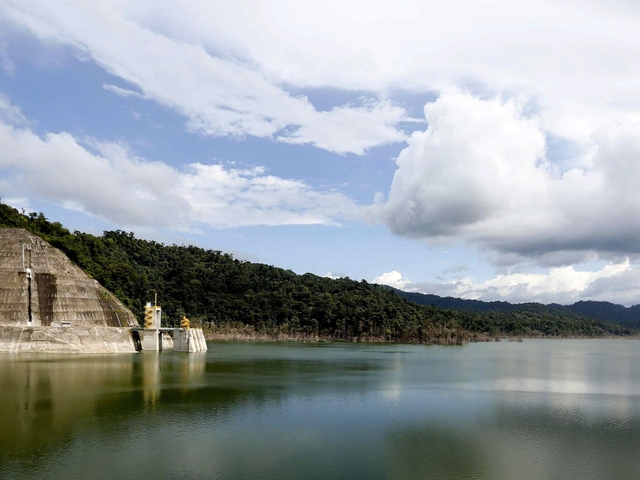 (by Stefano Giantin) (ANSA) - BELGRADE, NOVEMBER 28 - Many European rivers, in particularly in the Balkans but also in the Alps, are threatened by the planned constructions of almost 9,000 new dams and small hydropower plants, according to a new study commissioned by EuroNatur, Riverwatch, WWF and Grupo de Estudos de Ordenamento do Território e Ambiente (GEOTA), and released today. The study is the "the first inventory" of existing and planned hydropower plants in the whole of Europe," EuroNatur and Riverwatch said, noting that the research "shows the immense pressure on rivers throughout the continent." In addition to the 21,387 existing hydropower plants in the European continent, "another 8,779 are planned, mainly in the Alps and the Balkans," the research reveals. "Previously untouched rivers - especially in the Balkans - are to be destroyed. More than a quarter (2,500) of these hydropower projects are situated in protected areas, mainly in national parks and Natura 2000 sites," the organisations said. Most hydropower plants in Europe are small hydropower plants, the study revealed, noting that "small hydropower plants come with a large ecological impact, whilst contributing minimally to electricity production." In particular, HPPs interrupt the natural flow of the river, block fish migration and sediments that protect river banks and deltas, while local communities often lose their water sources, environmentalists say. Hydropower development is happening in most regions of Europe, the study shows, but "the most dynamic development can be found in the Balkan region, Turkey and some Eastern European countries. Albania and Turkey are also developing large hydropower plants," together with Austria, Portugal and Switzerland. A significant percentage of new hydropower plants (6,409 or 21%) are planned in protected areas, which are not spared from hydropower development: 3,936 existing are already existing, 2,396 are planned, and 77 currently under construction. According to the study, "the number of hydropower plants in Europe is already exceptionally high and their overlap with protected areas reveal a tremendous pressure on Europe's biodiversity, and for specific projects a disregard for Europe's nature protection laws." Those projects, the organisations said, are causing "significant hydro morphological changes" in particular in the Balkans and Turkey, where "entire originally pristine river stretches" are degraded by energy development projects. "The largest number of hydropower plants - more than 3,000 - is planned to be constructed in the Balkans," said EuroNatur CEO Gabriel Schwaderer. "Most of these rivers are still intact, some even untouched. They are a European treasure that we cannot afford to lose," Schwaderer added, asking "the European Union to address these developments in the accession negotiations and to insist on compliance with nature conservation legislation." "We must understand that the already high demand for water resources, especially in southern Europe, will be exacerbated by such large-scale hydropower exploitation, resulting in a deadly combination for freshwater biodiversity," said Steven Weiss, associated Professor at the University of Graz, who predicts that "at least 20 and perhaps up to 30 freshwater fish species would go extinct if all of these plans would be carried out." The study contains also demands for all European countries and the EU, including "a Blue New Deal for European Rivers", "no more subsidies" for small hydro power plants, "better protection of valuable river stretches" and "a new pan-European river restoration program." (ANSA).