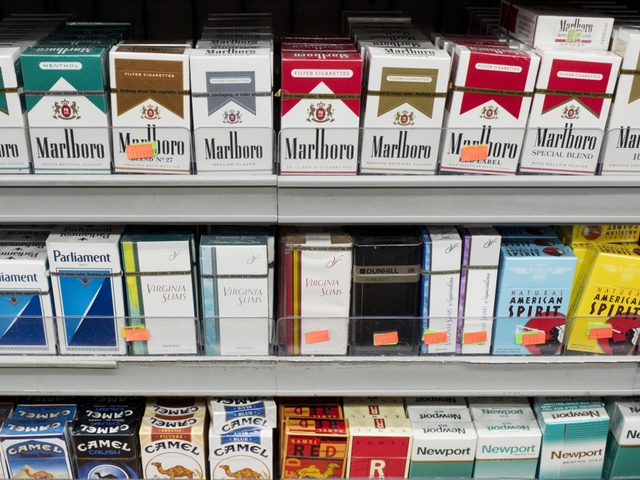 (by Stefano Giantin) (ANSA) - BELGRADE - Almost 600,000 people in all countries of former Yugoslavia, which have a combined population of around 21 million, regularly buy tobacco products on the black market, with millions of euros of taxes evaded every year due to the illegal business, shows a new report by the Zagreb Institute of Economics, based on researches and interviews with 21,000 respondents in the whole region. The study 'Illegal Trade of Tobacco Products: Smuggling as Experienced along the Balkan Route' (BalkanSmugg) said that around 581,000 people in the Balkans buy tobacco products on the gray market, out of which 254,000 in Bosnia-Herzegovina, 138,000 in Serbia and 83,000 in Croatia. In average, 11% of the smokers from the seven analyzed countries - Slovenia, Croatia, Bosnia, Montenegro, Serbia, North Macedonia, Kosovo - buy tobacco products on the gray market, in particular cigarettes and cut tobacco. The percentage is higher in certain countries, with almost 28% of smokers in Montenegro who buy tobacco products from illegal channels, 20.3% in Bosnia, 7.6% in Croatia, 6.5% in Serbia, 6.3% in Kosovo, 3.8% in North Macedonia, 3.3% in Slovenia. "For eight out of ten smokers buying on the gray market, better price is the main reason for buying tobacco products illegally," the report said. "Cigarettes made from illegally bought cut tobacco are ten times cheaper than the same quantity of industrially manufactured cigarettes sold in regular stores in Croatia," the BalkanSmugg report reads, adding that the survey proved that "smokers will buy on the gray market as long as it is cheaper." "Almost half of the smokers in the analyzed countries state that they have been buying on the gray market since the cigarettes have become more expensive" in recent years. Moroever, it is "relatively easy" in the region to acquire "cigarettes and cut tobacco on the gray market." However, about 80% of citizens in the region consider buying stolen, counterfeit or unknown cigarettes brands without tax stamps as unacceptable. The study revealed that that "two-thirds" of interviewees them admitted they could be motivated "to stop buying on the gray market, if their living standard improved." According to the report, income derived by illegal tobacco smuggling is estimated at over 200 million euros annually, with more than 306.7 million euros annually evaded due to tobacco smuggling in the countries in the region. The direct losses varies from country to country, with the highest negative impact recorded in Bosnia-Herzegovina (total tobacco taxes uncollected due to tobacco smuggling at 0.9% of GDP), Montenegro (0.6% of GDP), Serbia, Croatia and Kosovo (0.2% of GDP). The survey said that, on average, one out of three persons living in the region is a smoker, with the highest percentage recorded in Bosnia. The proportion of respondents who said they smoke is 43% in Bosnia, 41% in Kosovo, 39% in North Macedonia, 38% in Montenegro, 37% in Serbia, 33% in Croatia and 25% in Slovenia. The most common tobacco product used are industrially manufactured cigarettes (88%). (ANSA).