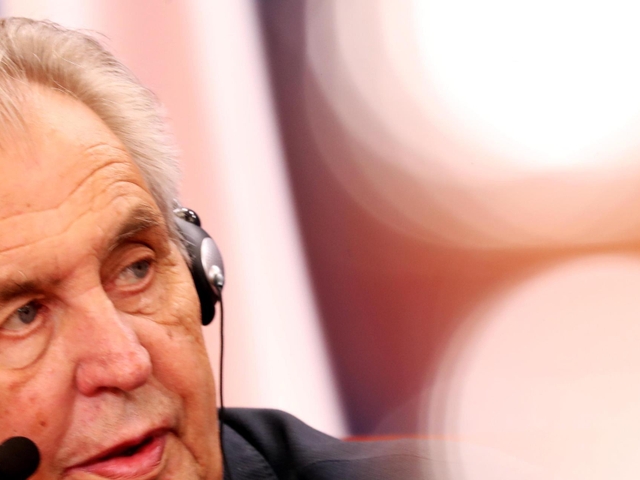 (ANSA-AP) - BELGRADE, SEPTEMBER 11 - Czech President Milos Zeman proposed on Wednesday that his country revoke its recognition of Serbia's former province Kosovo as an independent nation - an idea dismissed by the country's foreign minister. Zeman spoke of reversing the Czech government's stance while on the second day of a two-day official visit to Serbia, which does not recognize Kosovo's independence. The Czech leader said during a news conference with Serbian President Aleksadar Vucic that while he cannot revoke the recognition already given Kosovo on his own, he plans to raise the issue. "I'm not a dictator," Zeman said. "But what I can do is to ask....I will ask the question whether it (reversal) can be done." Zeman, who is known for frequent offensive statements and diplomatic gaffes, said Tuesday that he likes Serbia and its people, but dislikes the predominantly ethnic Albanian Kosovo. Czech Foreign Minister Tomas Petricek said Wednesday there was no reason for the government to reconsider its decision on Kosovo. "Although I cannot see any reason for such a debate at the moment, because the situation in the Balkans has not dramatically changed, I am quite ready to speak with Zeman about his view," Petricek said. More than 100 countries have recognized Kosovo's 2008 declaration of independence, including 23 European Union member nations and the United States. Serbia refuses to do so, along with Russia and China. (ANSA-AP).