Kosovo: Vucic, no solution without compromise 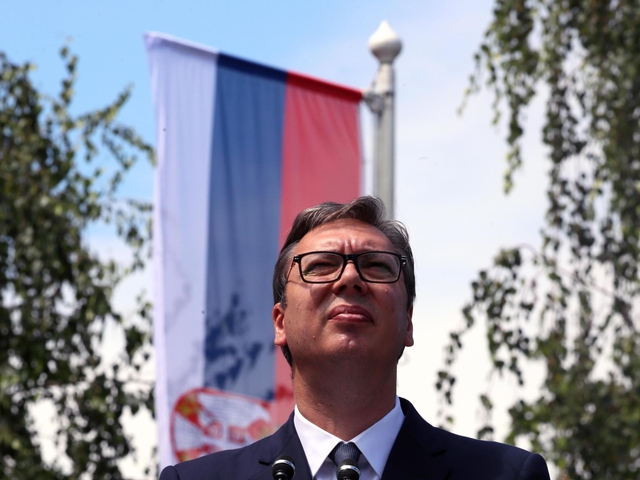 (ANSA) - BELGRADE, SEPTEMBER 6 - President Aleksandar Vucic said Serbia expects Pristina to lift the 100% increased tariffs imposed on Serbian imports, allowing to resume dialogue to reach a compromise agreement on Kosovo. Speaking at the end of a meeting today in Belgrade with the two American senators Chris Murphy (Democrat) and Ron Johnson (Republican), Vucic reiterated that a compromise agreement means that both sides renounce something, in order to gain both, "It must be an agreement whereby both sides lose something, so as to make it equally profitable for both", the president said at a joint press conference with the two US senators. "Serbia - he added - is ready to talk about everything, but without a real compromise agreement there will be no solution". According to Vucic, the normalization of relations between Serbs and Albanians, with the establishment of lasting peace, would be a win-win solution for both sides and all the other peoples of the region. The president, therefore, thanked the two American senators for their commitment to encouraging the resumption of dialogue to reach an agreement on Kosovo, and for supporting Serbia's path towards EU membership. At the same time, Vucic called for a strengthening of the relations with the United States, particularly in terms of economy. Before arriving in Belgrade, Murphy and Johnson visited Pristina where they had talks with the Kosovar leadership. (ANSA).