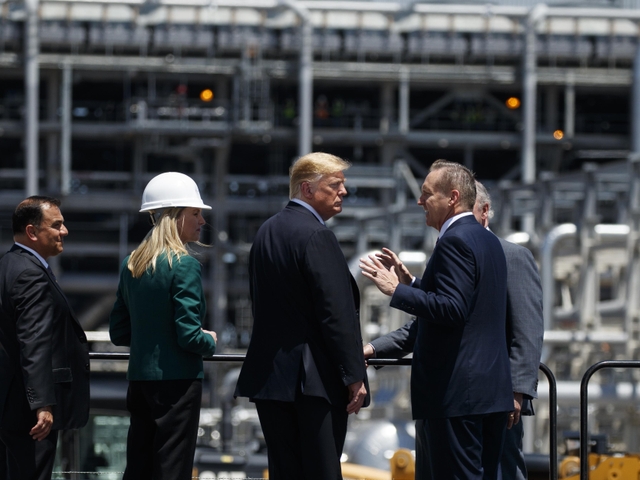 (ANSA-AP) - WASHINGTON, 15 MAG - Europe will be the largest purchaser of U.S. liquefied natural gas in the future, Gordon Sondland, ambassador to the European Union, told reporters on Air Force One. "For too long, Europe has been in the stranglehold of Russian LNG and pipe gas. This is the beginning of the end of that stranglehold," Sondland said. Declaring that production of liquefied natural gas was increasing, Trump said: "What does it really mean? It means jobs, jobs, jobs." He also criticized the Democrats' Green New Deal proposal for aggressively cutting carbon emissions, predicting that "under that deal, everybody in this room gets fired." Still, it has not been all good news for U.S. producers. China announced Monday that it planned to increase its tariffs on liquefied natural gas from the U.S. to 25% as the trade war between the two nations intensified. Maros Sefcovic, European Commission's Vice-President for the Energy Union, said that EU countries area already importing 450 million cubic meters of LNG from the US, approximately 35% of the total US export of liquified natural gas, and they will be soon able to import more. Sefcovic noted that LNG terminals are in construction in Croatia and Greece and those already built in Lithuania and Poland are being expanded. Sefcovic added that a new one could be built in Germany. (ANSA-AP).