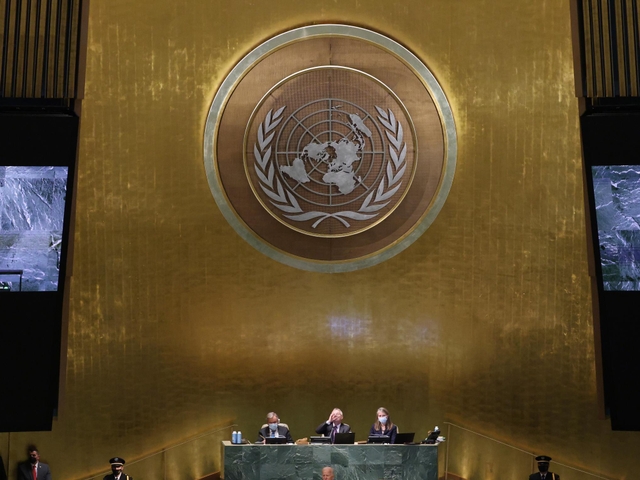 (ANSA-AFP) - UNITED NATIONS, SEP 21 - US President Joe Biden on Wednesday accused Russia of "shamelessly" violating the international order by invading Ukraine, as he pledged billions in food aid and backed an expansion of UN Security Council seats for the developing world. Biden sought to woo the world in an address to the United Nations hours after Russian President Vladimir Putin called up reservists to fight in Ukraine, a step Western powers portrayed as desperation. "Russia has shamelessly violated the core tenets of the United Nations Charter," Biden told the General Assembly. "Let us speak plainly. A permanent member of the United Nations Security Council invaded its neighbor -- attempted to erase the sovereign state from the map." (ANSA-AFP).