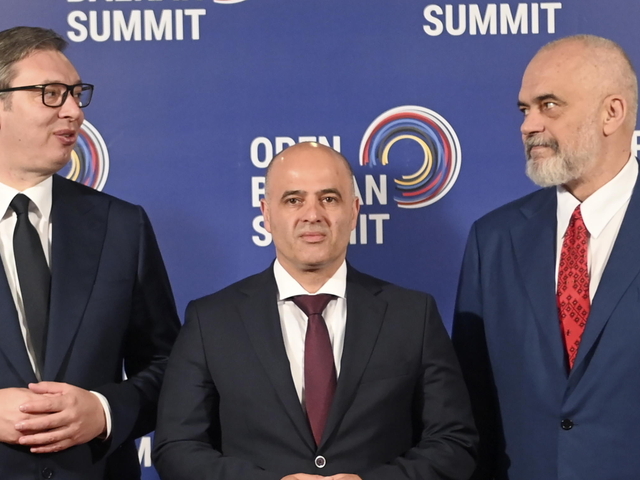 (ANSA) - BELGRADE, JUN 22 - Serbia, Albania, and North Macedonia will attend a major summit on EU integration in Brussels tomorrow, despite earlier threats to skip it out of frustration with the pace of their EU membership progress. According to a statement released by the Serbian presidential cabinet on Wednesday, Serbian President Aleksandar Vucic and the Prime Ministers of Albania and North Macedonia, Edi Rama and Dimitar Kovacevski, have chosen to attend the EU-Balkans summit. The decision was made by the three political leaders after extensive negotiations. "Bearing in mind that the Republic of Serbia, Republic of Albania and Republic of North Macedonia consistently advocate the interests of their citizens and the entire Western Balkans region at all relevant international forums, the decision to take part and on a joint approach at the summit in Brussels is another step in the fight for progress for our countries and a clear signal that despite numerous obstacles we continue to make a constructive contribution on the path to European integration," the statement said, the regional television N1 reported. (ANSA).