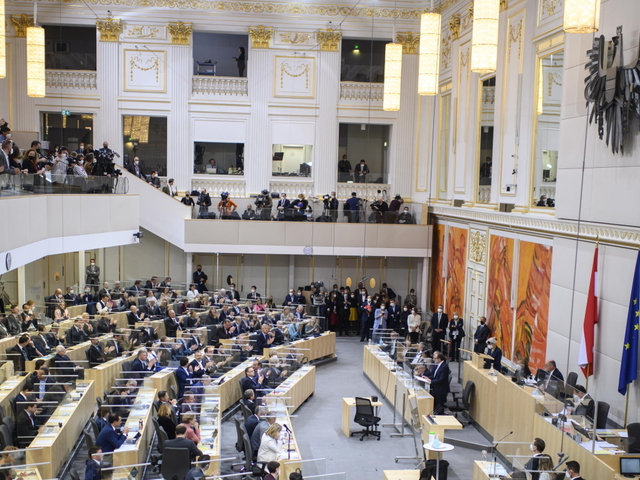 (ANSA-AFP) - VIENNA, JAN 20 - Austria's parliament on Thursday approved making Covid-19 vaccinations mandatory for adults from next month, becoming the first European country to do so despite a wave of protests opposing the measure. Tens of thousands have demonstrated against mandatory vaccination in regular weekend rallies since the measure was announced in November in a bid to drive up the country's vaccination rate. But all parties, except the far-right, supported the measure, with the new legislation passing with 137 votes in favour and 33 votes against it. "It is adopted with the (necessary) majority," Doris Bures, second president of the National Council, said. To date 72 percent of Austrian residents have been fully vaccinated against the coronavirus -- in line with the European Union-wide average of just more than 70 percent but several percentage points below regional neighbours such as Italy and France. (ANSA-AFP).