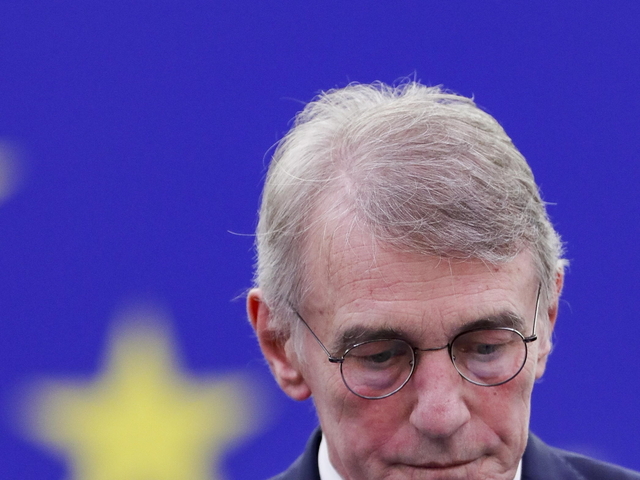 (ANSA-AFP) - STRASBOURG, JAN 11 - The president of the European Parliament, David Sassoli, died early Tuesday in hospital in Italy, his spokesman said on Twitter. The 65-year-old Italian had been seriously ill in hospital for more than two weeks due to a dysfunction of his immune system. "David Sassoli passed away at 1.15 am on 11 January at the CRO in Aviano, Italy, where he was hospitalized," his spokesman Roberto Cuillo tweeted. "The date and place of the funeral will be communicated in the next few hours." The former television newsreader had been in hospital since December 26 due to "a serious complication due to a dysfunction of the immune system," Cuillo had said on Monday, announcing the cancellation of Sassoli's official activities. Sassoli was previously admitted with pneumonia for several weeks last September. The European Parliament sits for a five-year term between elections, but the president of the body serves for half that time. (ANSA-AFP).